The International Council of Forest and Paper Associations (ICFPA) has elected Derek Nighbor, President and CEO of Forest Products Association of Canada (FPAC), as its new President.

“It’s an honour to be chosen by colleagues from around the world to assume this role at such an exciting time for forestry and the forest products sector,” said Nighbor. “Canada was built on forestry. In Canada, I work hard every day to advance the opportunities that our sector brings to communities like the one I grew up in. In this new role, I look forward to working with my international colleagues to do the same thing on the global stage.”

Nighbor will serve as ICFPA President for two years in conjunction with his role at FPAC.

The ICFPA serves as a forum of global dialogue, coordination and co-operation. It represents 18 pulp, paper, wood and fibre-based associations that encompass 28 countries, including many of the top pulp, paper and wood producers around the world. 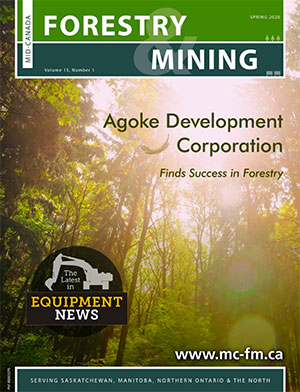