This is a sample module published to the sidebar_bottom position, using the -sidebar module class suffix. There is also a sidebar_top position below the search.
Winter 2021

39 Employees Rescued After Being Trapped in Vale’s Totten Mine

After spending three nights trapped underground, all 39 employees at Vale’s Totten Mine finally returned to the surface – all 39, fortunately, escaping without injuries.

The ordeal started on Sunday, September 26, when the employees found that they could not leave the mine because of damage to the shaft that houses the conveyance used to transport employees between surface and underground. According to Vale, while conditions in the shaft were evaluated, employees reported to underground refuge stations as part of the company’s standard procedures.

Sunday evening, employees started making their way to surface via a secondary egress ladderway system. Nineteen employees returned to surface early on September 28, 2021, with the others not far behind.

On September 29, Vale announced that all 39 employees underground at its Totten Mine had safely returned to surface.

“I’d like to congratulate our rescue team,” said Eduardo Bartolomeo, Vale CEO. “Bringing our 39 employees home safe and healthy was our top priority and we’re glad that our emergency plans and procedures worked to deliver that outcome. All the employees are safe now and deserve our deep respect for their perseverance and strong will.”

“This is tremendous news flowing from very difficult circumstances,” said Bartolomeo. “All of us at Vale were focused on and committed to the safe return of our employees underground. Hearing that every one of them is back on surface and returning home is the best news we could have received.”

With employees safely returned to surface, Bartolomeo stated that an investigation will be launched into what happened, so that the company can learn from it and take steps to ensure it never happens again. 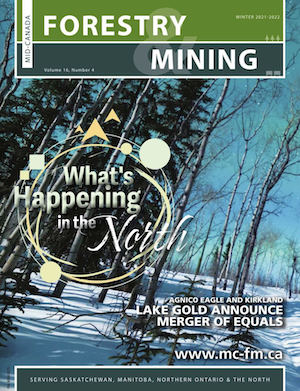